A Level Trip to Berlin

A recount of the recent German A Level trip to Berlin as told by Annabelle H.

A group of ten German A-Level students went to Berlin to improve our spoken German and learn about the culture. For some it was their first time and for others it was maybe the second or third time. For me, it was my second time and I was looking forward to returning to one of my favourite countries. I’ve asked every student that went and we all agreed that our favourite things about Germany were the little experiences like visiting supermarkets in our free time and trying different foods, or The DDR Museum which we did on day one.

The first museum we visited was the DDR museum this is based around East Germany and we all had quizzes to fill in and the joint winners were Annabelle and Abi. Afterwards, we briefly visited the Anne Frank museum. Then we went for a kebab. 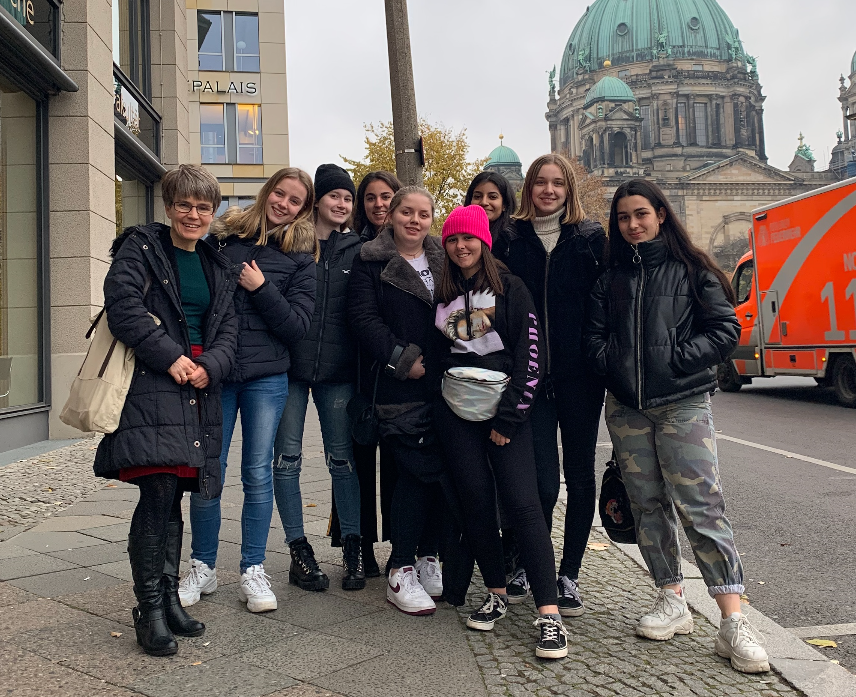 On day 2 we went to visit the remains of die Berliner Mauer and then we went inside to the museum where there was also a viewing platform and we could also see ‘der Todesstreifen’ also known as the death strip on the other side of the wall. Der Todesstreifen was meant to prevent East German citizens from fleeing. After that we went to the Tränenpalast Museum where we met Jonas who was our tour guide, we then explored Friedrichstraße and bought a few presents for our families. Then Frau Stavrou suggested that we hop on the number 100 bus which covered all the main touristy sites. Which of course we ended up doing and then to end our day we headed to a Vietnamese restaurant. 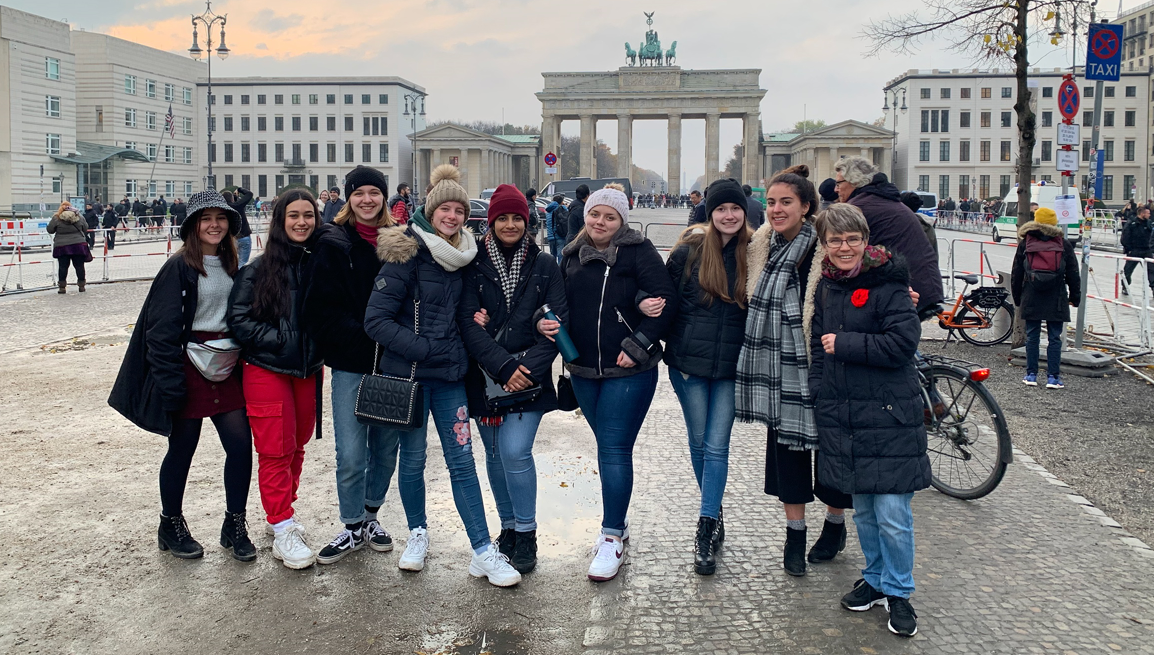 This was the day that we went to Sachsenhausen the concentration camp just outside of Berlin it was used for political prisoners from 1936 to the end of the Third Reich in May 1945. I remember feeling cold and I felt guilty that I was feeling like that, because the prisoners would’ve felt much worse. It shocked me how insensitive some tourists can be, but I think that the German people are very good at remembering and being respectful towards the people who were there. This was also the day I met up with my exchange for the first time in 4 years, she hadn’t changed and I was really pleased when her family said my German had improved. It was really lovely to see them again. 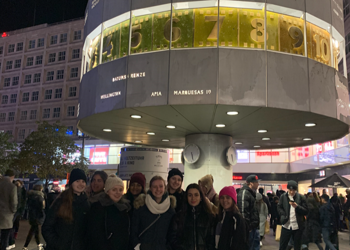 This is when we went to the Stasi Museum. They were the secret east German police. As normal we gathered lots of leaflets to help us with our A-Level and then we set off for the airport.

Overall we all felt culturally enriched and really pleased that we’d had the opportunity to go on this trip, partly because when you have a language A-Level you need to understand the culture of the country.