A Helping Hand in the Community

At Langley Park School For Girls students have been working on a project that encourages others to be more selfless. The girls of the Altruistic Society decided to launch a campaign of kindness, hoping to reach 2000 hours of altruistic deeds done by the school community. Altruism means “the selfless concern for the wellbeing of others, not because you are obligated to, but simply because you feel like helping.” These attributes are at the centre of the students’ Altruistic Society and are used to encourage others to take part in the campaign.

The Origin of the LPGS Altruistic Society: The LPGS Altruistic Hours campaign began with introductory assemblies for all year groups to explain exactly what the altruistic society wanted to achieve and how they could get involved. Very quickly, an influx of fantastic altruistic acts from both students and staff were received. Some of the easy but great acts of altruism that were submitted by students included: volunteering in local charity shops and elderly people’s homes; after school clubs; donating towards food banks as well as helping friends and family members in need.

Each week the best altruists were selected as a result of their incredible acts of altruism and were named as the ‘Altruistic Ace’ of the week. The Altruistic Aces included: Tamsin W, who rescued a lost dog embarking upon a dangerous road, fed it and contacted a shelter; Anika P, who volunteers at a homeless shelter in Battersea every week and Danielle T who volunteers in the dementia ward of an elderly people’s home. Another of our Altruistic Aces made bookmarks with inspiring quotes on them and put them in peoples lockers, on teachers desks and in books in the library with the help of her two friends. Tabitha B made PowerPoints for teachers, went litter picking and gave out cookies; Anna D helped her neighbour put up posters for her missing cat and Gabby S volunteered at Oxfam, helped at her trampolining academy and donated rice using an online quiz game. The altruistic society is very proud of all of the fantastic acts of altruism that have been the result of the campaign!

What did we learn

After the project, the Altruistic Society ran a survey which asked students if they knew what Altruism was before the project and what they now know. 75% of students didn’t know what Altruism was before the project was run, but now have a better understanding of “how doing something good for someone else is worth it”, as said by Tamsin W, one of the schools Altruistic Ace. The impact of the project has led to student self-empowerment, with pupils believing that their contribution to the community can have a ripple effect.

Small altruistic acts can help to change the world” as said by Clarie S, one of the schools Amazing Altruists.

The belief that students actions can have an impact on others has created an environment in which students understand the importance of supporting their community.

It is much more important to help out in the community than people realise” as said by one of the pupils who helped out at a local girl guides, Katherine C.

Understanding that every little action is able to help the community and “can be fun” it displays that “it doesn’t take a hero to change the world – it only takes a kind heart”. 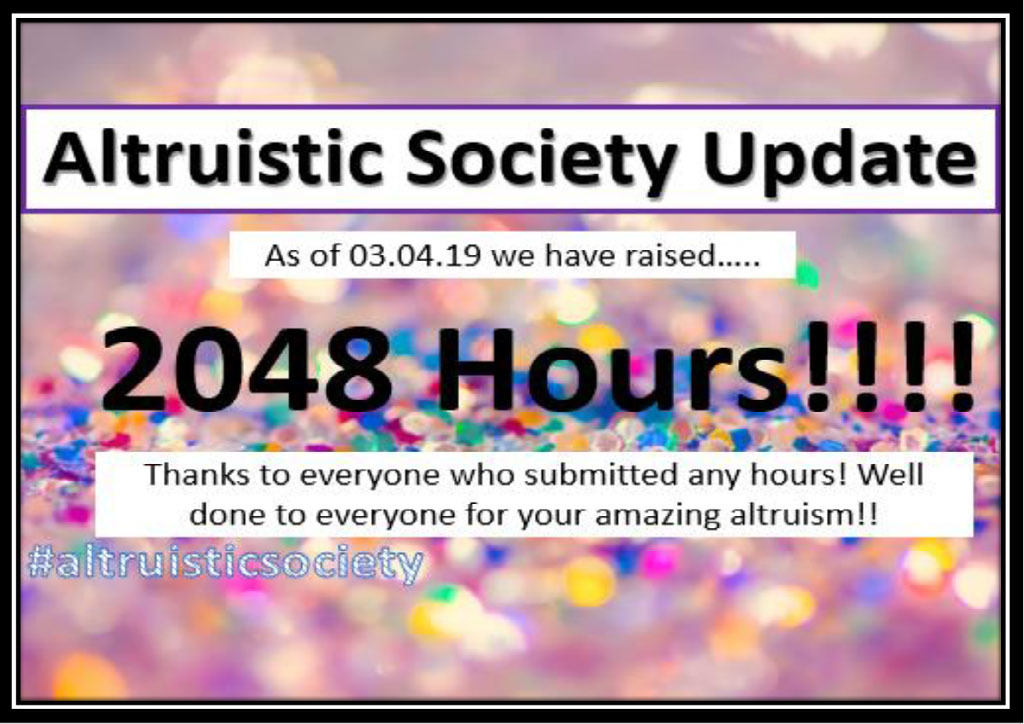